- October 05, 2005
The sun was near the horizon. The shortest-lived creatures on the Disc were the mayflies, which barely make it through twenty-four hours.
Two of the oldest zigzagged aimlessly over the waters of a trout stream, discussing history with some younger members of the evening hatching.
‘You don’t get the kind of sun now that you used to get,’ said one of them.
‘You’re right there. We had proper sun in the good old hours. It were all yellow. None of this red stuff.’
‘It were higher, too.’
‘And nymphs and larvae showed you a bit of respect.’
‘They did. They did,’ said the other mayfly vehemently. ‘I reckon, if mayflies these hours behaved a bit better, we’d still be having proper sun.’
The younger mayflies listened politely.
‘I remember,’ said one of the oldest mayflies, ‘when all this was fields, as far as you could see.’
The younger mayflies looked around. ‘It’s still fields,’ one of them ventured, after a polite interval.
‘I remember when it was better fields,’ said the old mayfly sharply.
‘Yeah,’ said his colleague. ‘And there was a cow.’
‘That’s right! You’re right! I remember that cow! Stood right over there for, oh, forty, fifty minutes. It was brown, as I recall.’
‘You don’t get cows like that these hours.’
‘You don’t get cows at all.’
‘What’s a cow?’ said one of the hatchlings.
‘See?’ said the oldest mayfly triumphantly.
‘That’s modern Ephemeropthera for you.’ It paused. ‘What were we doing before we were talking about the sun?’
‘Zigzagging aimlessly over the water.’ said one of the young flies. This was a fair bet in any case.
‘No, before that.’
‘Er … you were telling us about the Great Trout’
‘Ah. Yes. Right. The Trout. Well, you see, if you’ve been a good mayfly, zigzagging up and down properly—‘
‘—taking heed of your elders and betters—‘
‘—yes, and taking heed of your elders and betters, then eventually the Great Trout—‘
Clop Clop
‘Yes?’ said one of the younger mayflies. There was no reply.
‘The Great Trout what?’ said another mayfly, nervously. They looked down at a series of expanding concentric rings on the water.
‘The holy sign!’ said a mayfly. ‘I remember being told about that! A Great Circle in the water! Thus shall be the sign of the Great Trout!’
The oldest of the young mayflies watched the water thoughtfully. It was beginning to realize that, as the most senior fly present, it now had the privilege of hovering closest to the surface.
‘They say,’ said the mayfly at the top of the zigzagging crowd,’ that when the Great Trout comes for you, you go to a land flowing with … flowing with …’ Mayflies don’t eat. It was at a loss.
‘Flowing with water,’ it finished lamely.
‘I wonder,’ said the oldest mayfly.
‘It must be really good there,’ said the youngest.
‘Oh? Why?’
’Coz no-one ever wants to come back.’

Whereas the oldest things on the Discworld were the famous Counting Pines, which grow right on the permanent snowline of the high Ramtop Mountains.
The Counting Pine is one of the few known example of borrowed evolution. Most species does their own evolving, making it up as they go along, which is the way Nature intended. And this is all very natural and organic and in tune with mysterious cycles of the cosmos, which believes that there’s nothing like millions of years of really frustrating trial and error to give a species moral fibre and, in some cases, backbone. This is probably fine from the species’ point of view, but from the perspective of the actual individuals involved it can be a real pig, or at least a small pink root-eating reptile that might one day evolve into a real pig. So the Counting Pines avoided all this by letting other vegetables do their evolving for them.
A pine seed, coming to rest anywhere on the Disc, immediately picks up the most effective local genetic code via morphic resonance and grows into whatever best suits the soil and climate, usually doing much better at it than the native trees themselves, which it usually usurps. What makes the Counting Pines particularly noteworthy, however, is the way they count.
Being dimly aware that human beings had learned to tell the age of a tree by counting the rings, the original Counting Pines decided that this was why humans cut trees down. Overnight every Counting Pine readjusted its genetic code to produce, at about eye-level on its trunk, in pale letters, its precise age. Within a year they were felled almost into extinction by the ornamental house number plate industry, and only a very few survive in hard-to-reach areas.
The six Counting Pines in this clump were listening to the oldest, whose gnarled trunk declared it to be thirty-one thousand, seven hundred and thirty-four years old. The conversation took seventeen years, but it has been speeded up.
‘I remember when all this wasn’t fields.’ The pines stared out over a thousand miles of landscape. The sky flickered like a bad special effect from time travel movie. Snow appeared, stayed for an instant, and melted.
‘What was it, then?’ said the nearest pine.
‘Ice. If you can call it ice. We had proper glaciers in those days. Not like the ice you get now, here one season and gone the next. It hung around for ages.’
‘What happened to it, then?’
‘It went.’
‘Went where?’
‘Where things go. Everything’s always rushing off.’
‘Wow. That was a sharp one.’
‘What was?’
‘That winter just then.’
‘Call that a winter? When I was a sapling we had winters—‘ Then the tree vanished.
After a shocked pause for a couple of years, one of the clump said: ‘He just went! One day he was here, next he was gone!’
If the other trees had been humans, they would have shuffled their feet.
‘It happens, lad,’ said one of them, carefully.
‘He’s been taken to a Better Place, you can be sure of that. He was a good tree.’ ( In this case, three better places. The front gates of Nos 31, 7, 34 Elm Street, Ankh-Morpork.)
The young tree, which was a mere five thousand, one hundred and eleven years old, said: ‘What sort of Better Place?’
‘We’re not sure,’ said one of the clumps. It trembled uneasily in a week long gale.
‘But we think it involves … sawdust.’
Since the trees were unable even to sense any event that took place in less than a day, they never heard the sound of axes.
© Taken from page 9-13, “A Discworld Novel, Reaper Man” by Terry Pratchett, published by the Corgi Books, UK, 1992.
NOTE: The Discworld is flat, a world and mirror of worlds, supported on the backs of four elephants which travel through space on the shell of Great A’Tuin, the world turtle.
English

Popular posts from this blog

You scored as Suicide. Your death will be suicide. What more can I say? Fact: Suicide is a permanent solution to a temporary problem. If you want to know hwo you will commit suicide, take a look at your second highest percentage on the bar graphs. 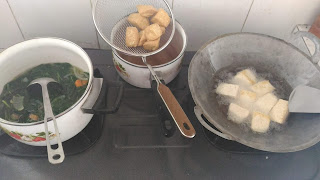 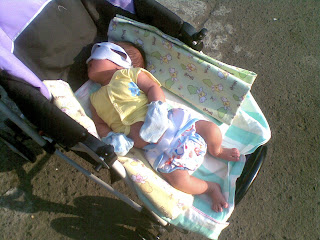 So, basically this blog was started by envy. Kulam Ikan Tetangga (the neighbor's fish pond) is a variation to the saying that goes "the neighbor's Grass is always greener". The Neighbor's Fish Pond will always have fatter and more fish (than your own fishpond). And so it is.